One cannot run from reality no matter how damn hard it is. Though social media creates an entire fairyland in front of us, sometimes from this same place we learn the bitter truth of the world. 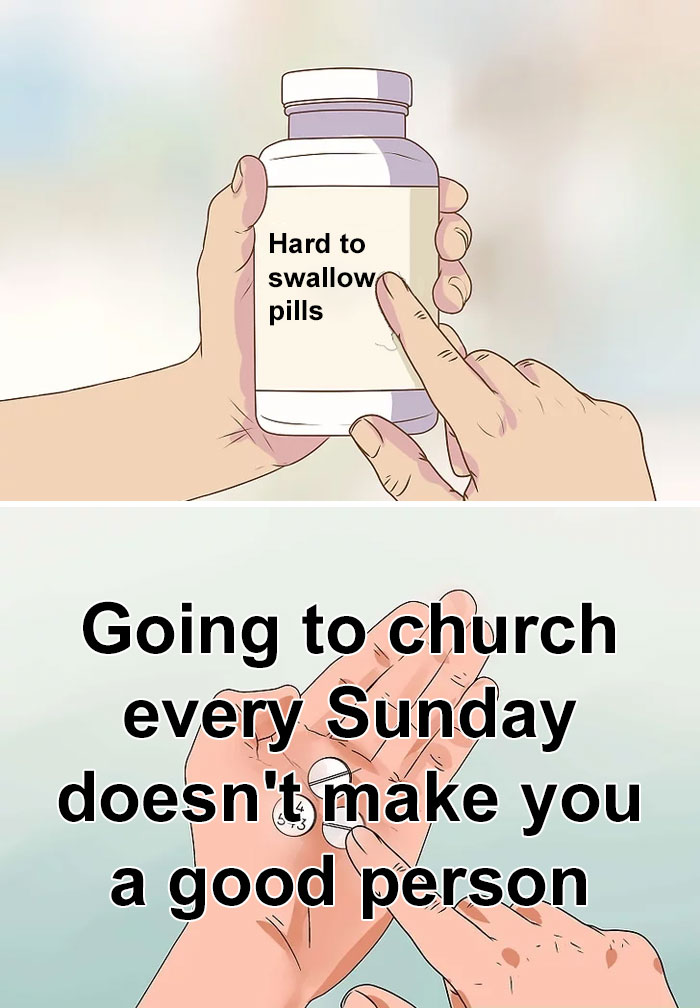 According to the clinical psychologist and psychoanalyst Mary Lamia, Ph.D, the person who is in denial undergoes many illnesses as he or she cannot cope with the reality in the world.

“Although denial is considered to be a defense often used by people with addictive tendencies, its attributions reach beyond those struggling with substances. Denial is also attributed to people who do not want to acknowledge that bad stuff is occurring in their lives, such as those who are attempting to cope with a tumultuous relationship, a life-threatening illness, obesity, a loss, or anything else that one may attempt to disavow” Dr. Lamia explained. 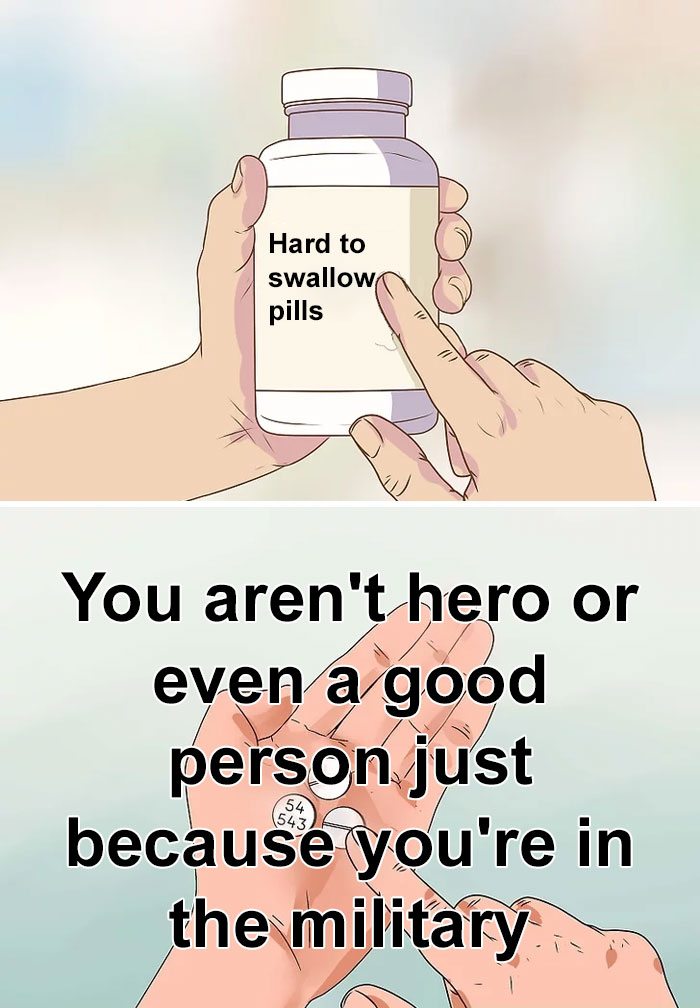 According to Dr. Lamia, we have to accept the bitter truth in this world no matter how hard it is because it’s inevitable.

”What’s important is not that people recognize their denial, but that they are able to accept what they are feeling that leads to the denial in the first place. If someone excessively and habitually uses alcohol to medicate their anxiety, for example, we might emphasize their attempts to dismiss the harm that their use of alcohol will cause, rather than focus on the emotions they feel that motivate their denial. If that person stops drinking, one would hope the emotions that were formerly hidden by denial, which often have to do with shame, would be exposed and accepted by the individual.” She further explained. 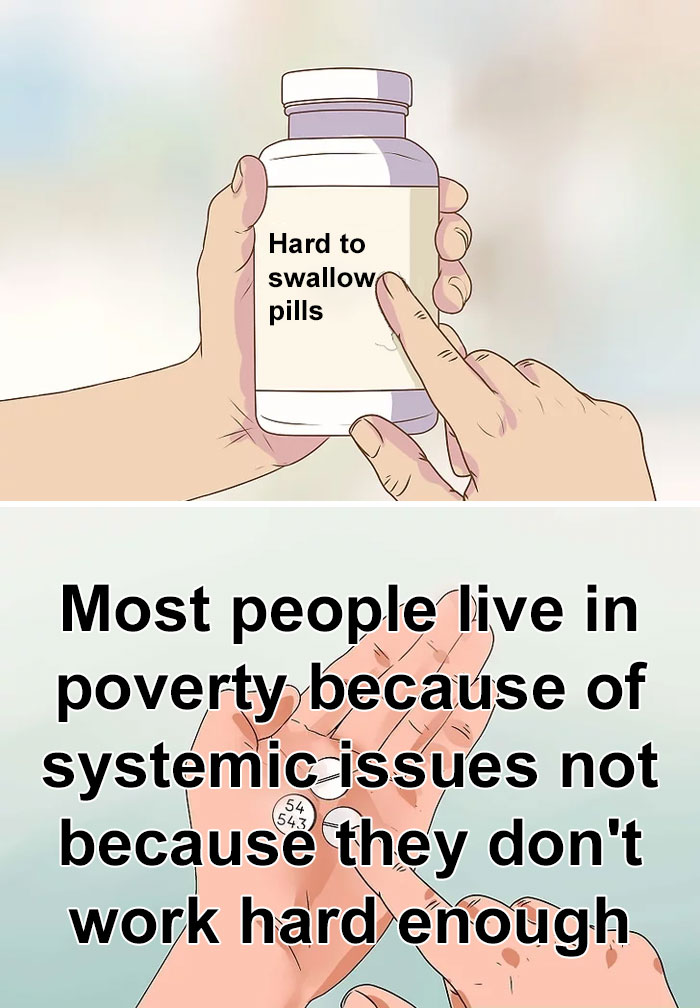 People are in denial to make themselves feel better. ” Sometimes feeling positively may be just as threatening as negative feelings. We may want to deny the reality of our emotions, because accepting a reality that is uncomfortable, painful, or incongruous to what we expect means we must also alter our perception of ourselves. Thus, if you are in denial, perhaps you are simply trying to ignore the truth about what you actually feel, rather than about what you are doing or thinking.”

These captions with ‘hard to swallow pills’ talk about the inevitability of everyone’s lives. So, the only thing we can do is to accept that life is not a bed of rose and move on. 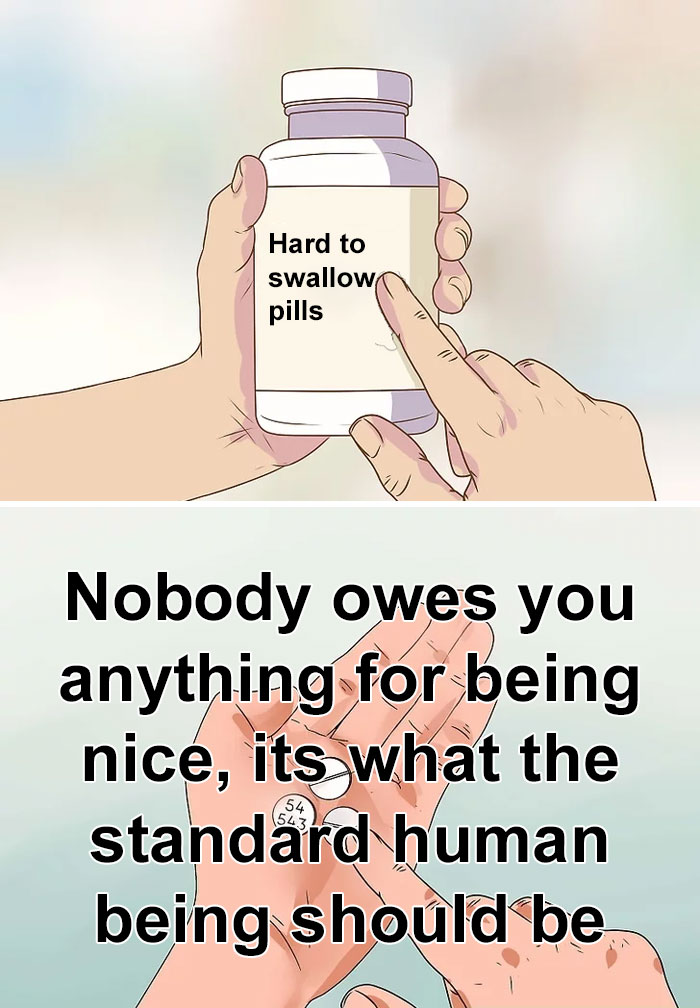 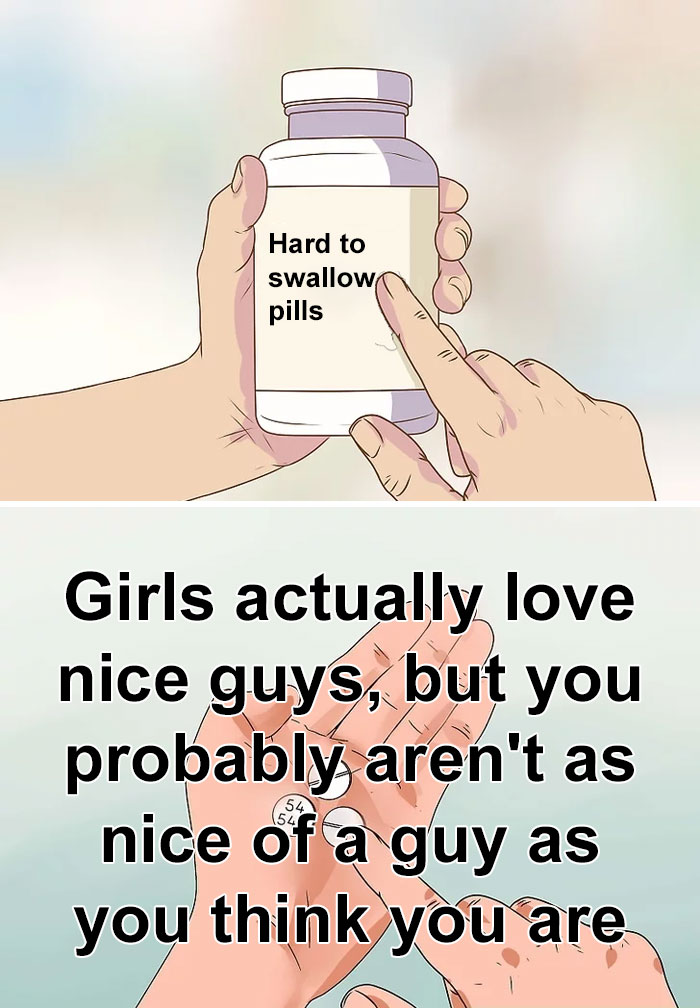 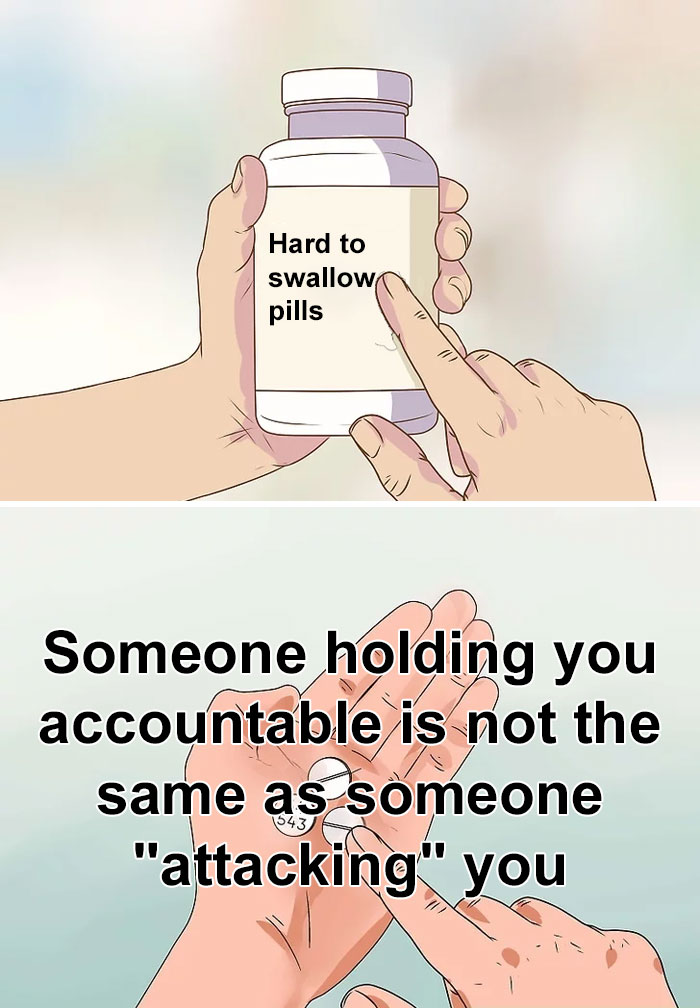 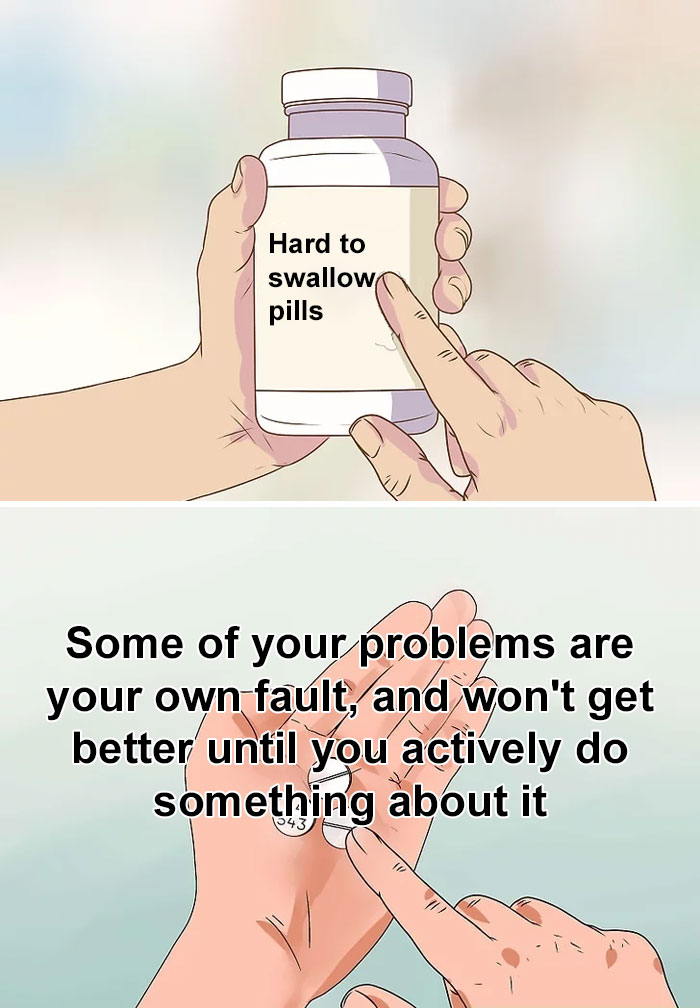 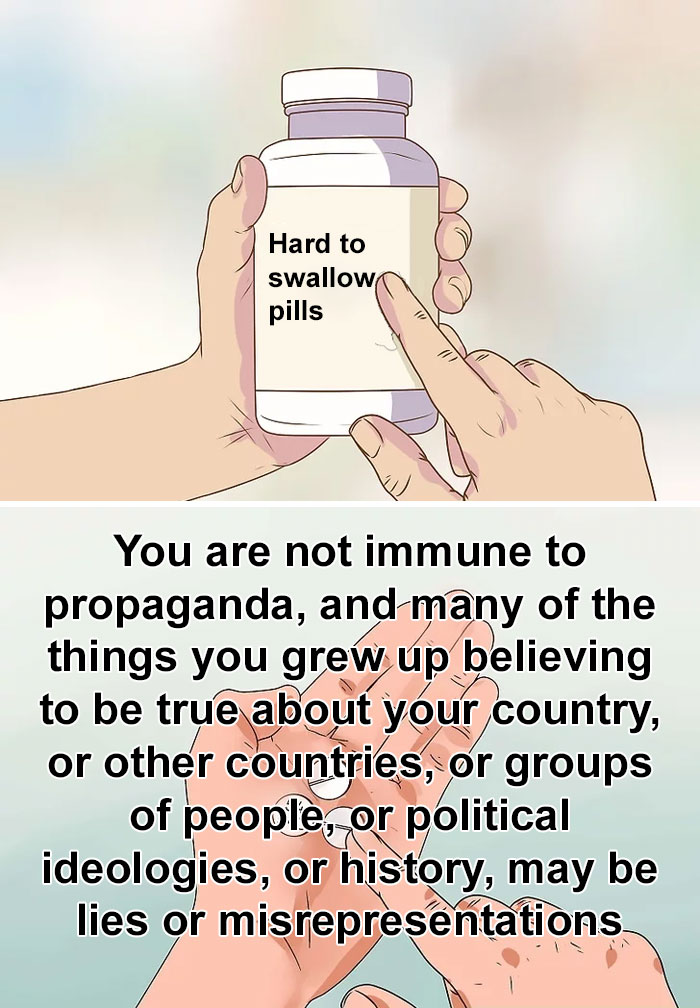 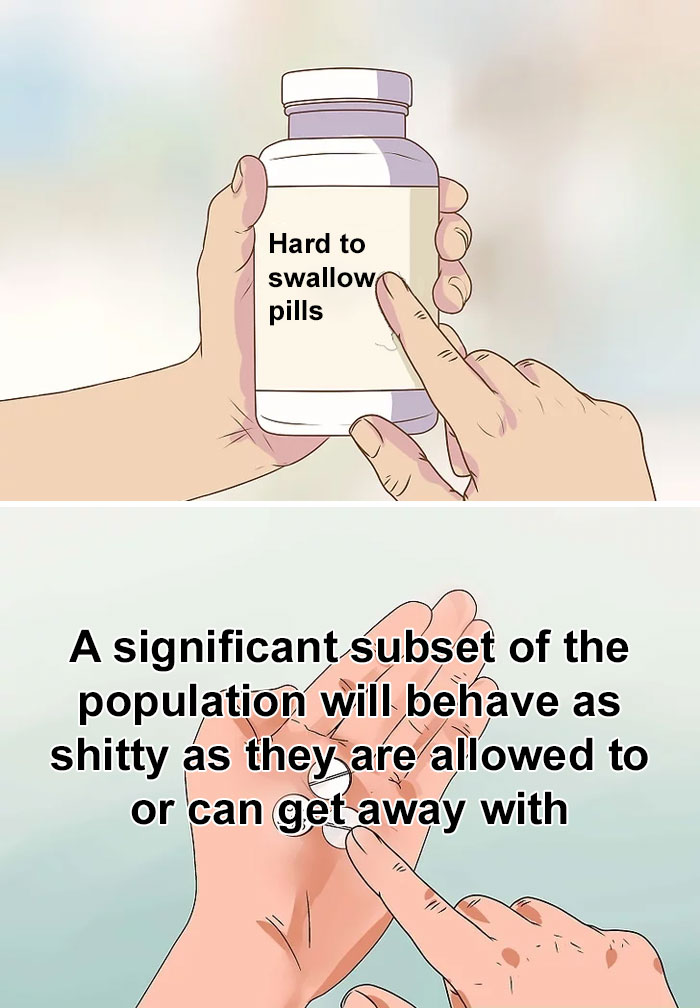 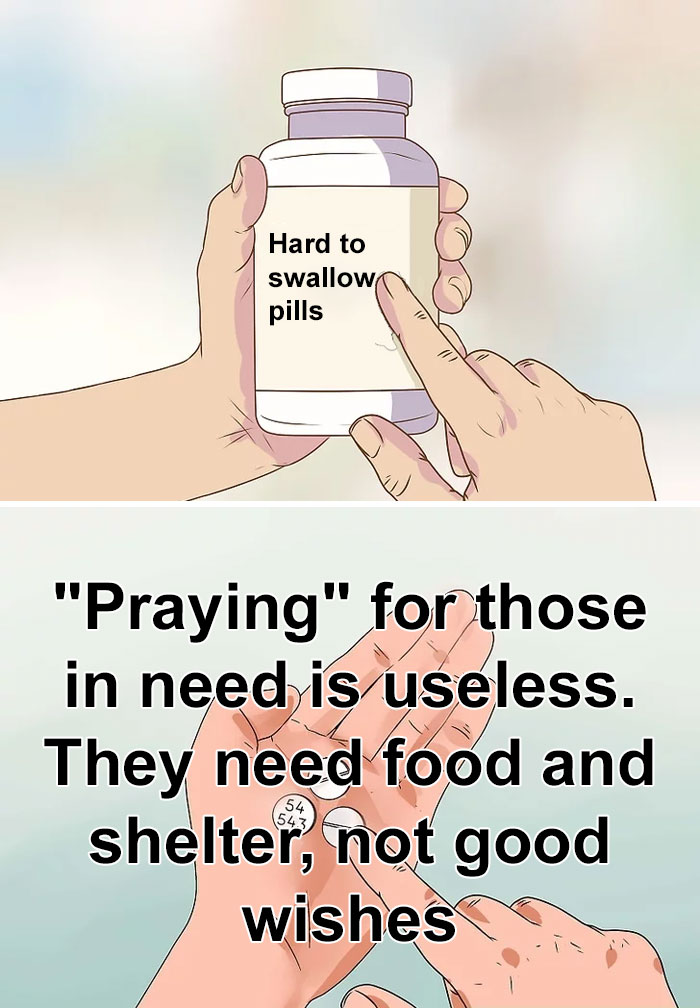 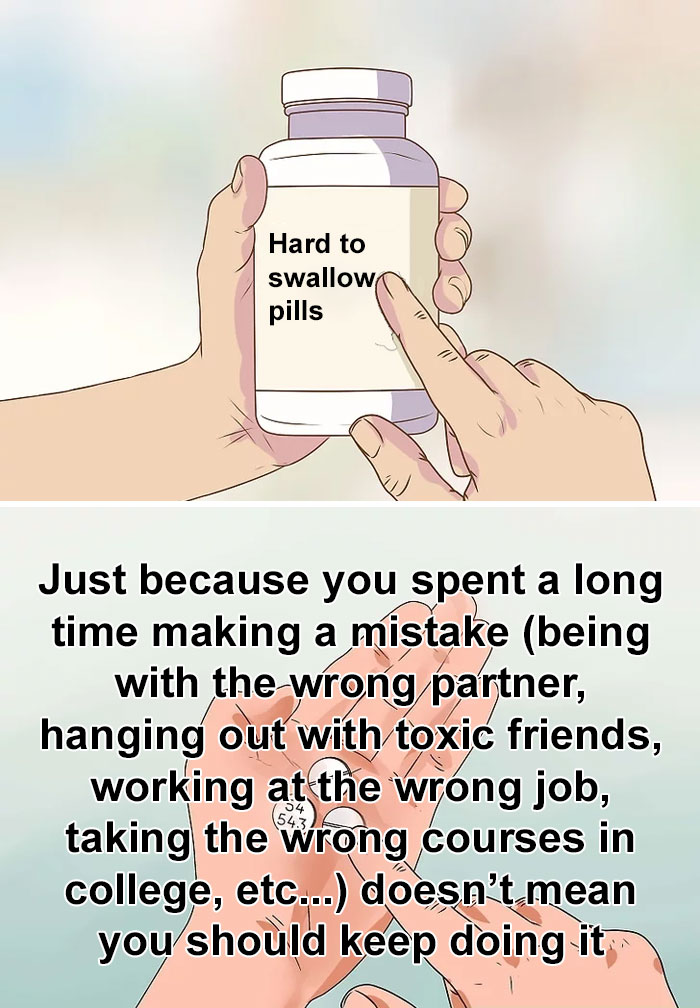 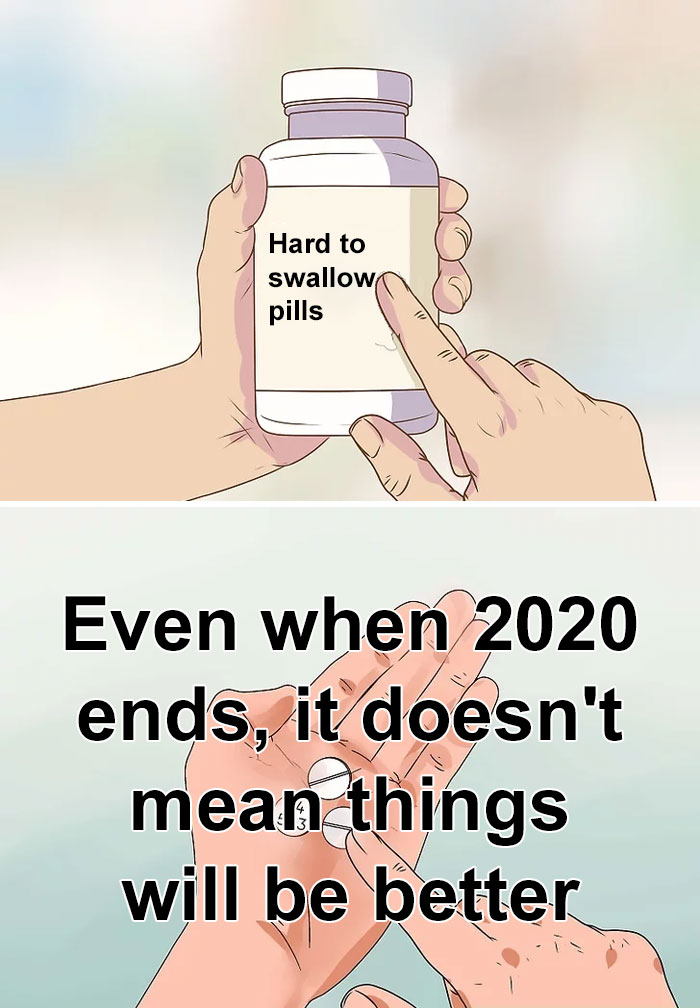 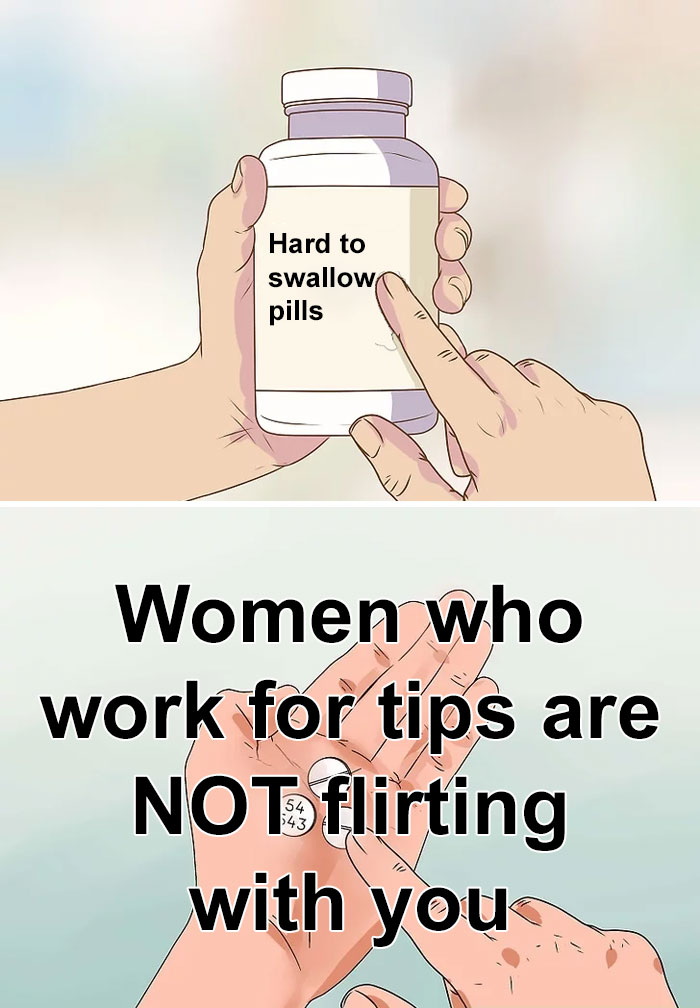 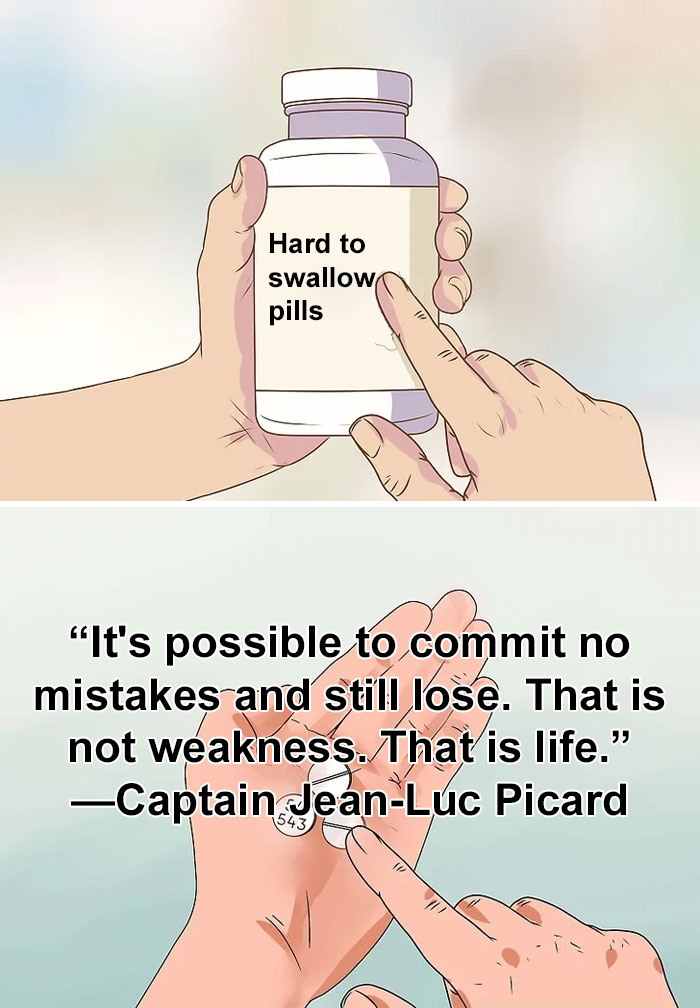 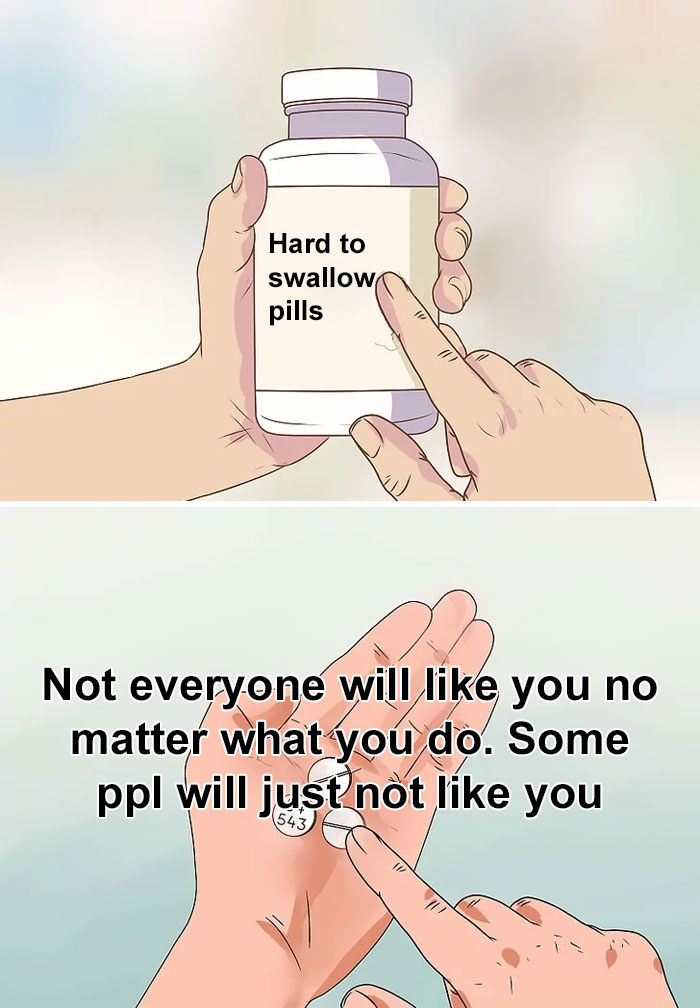 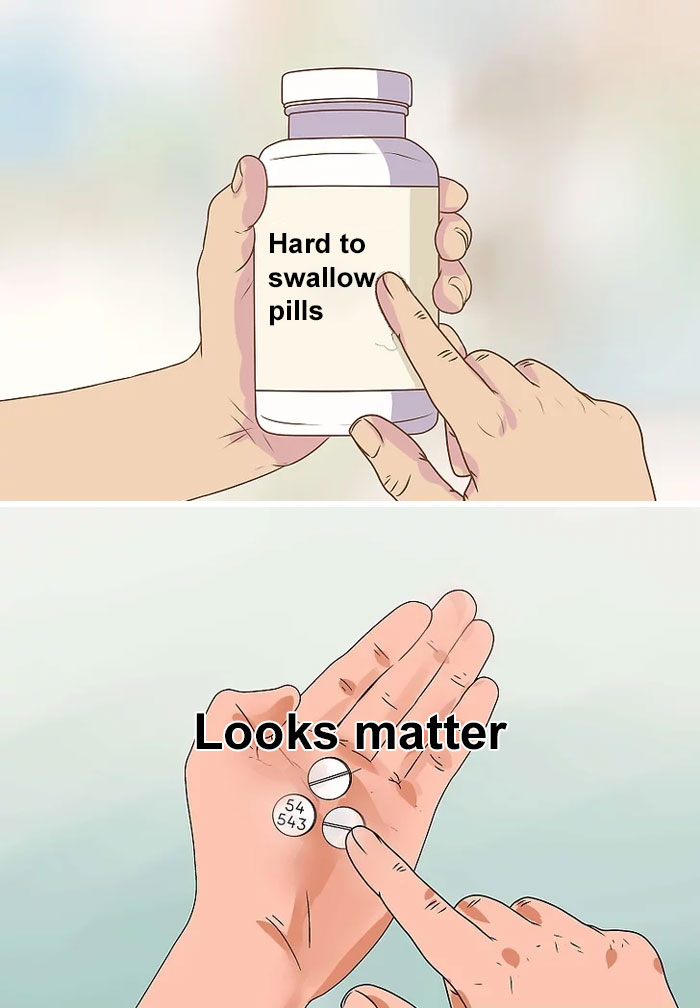 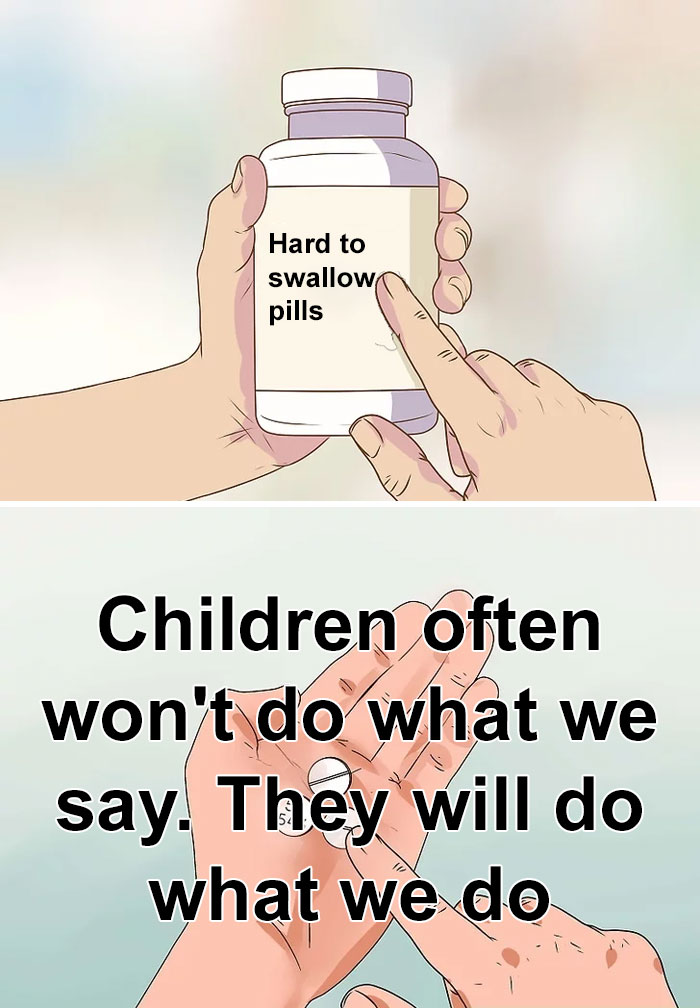 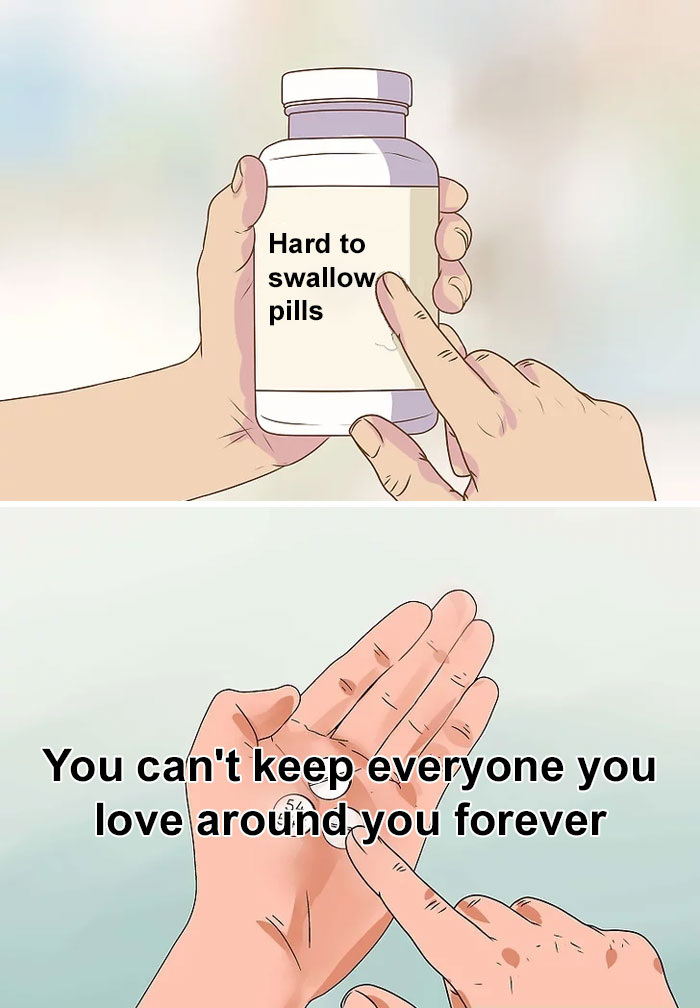 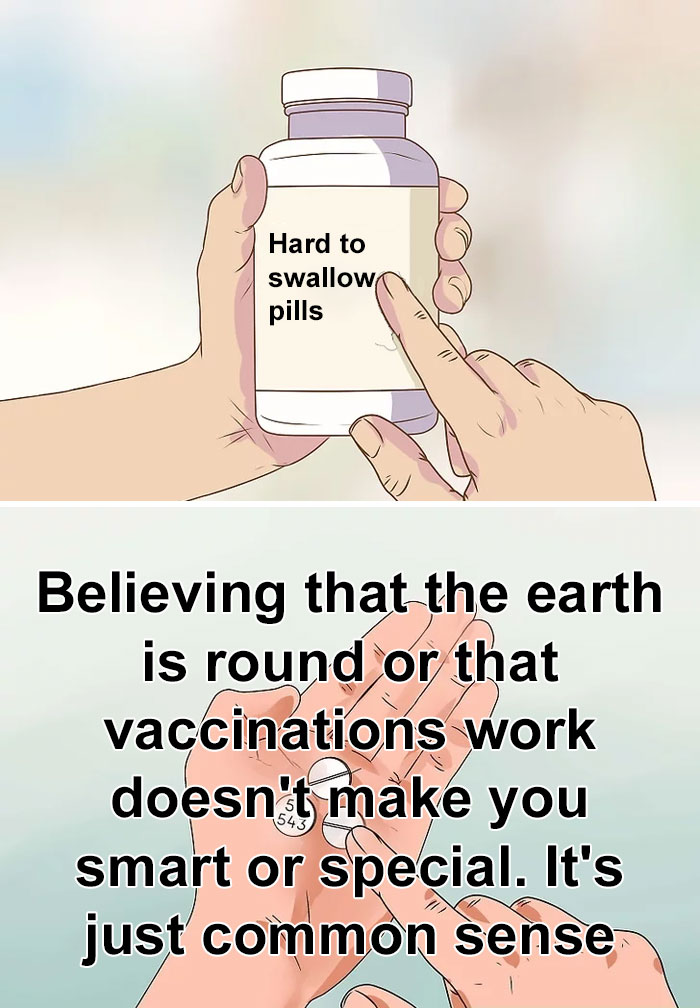 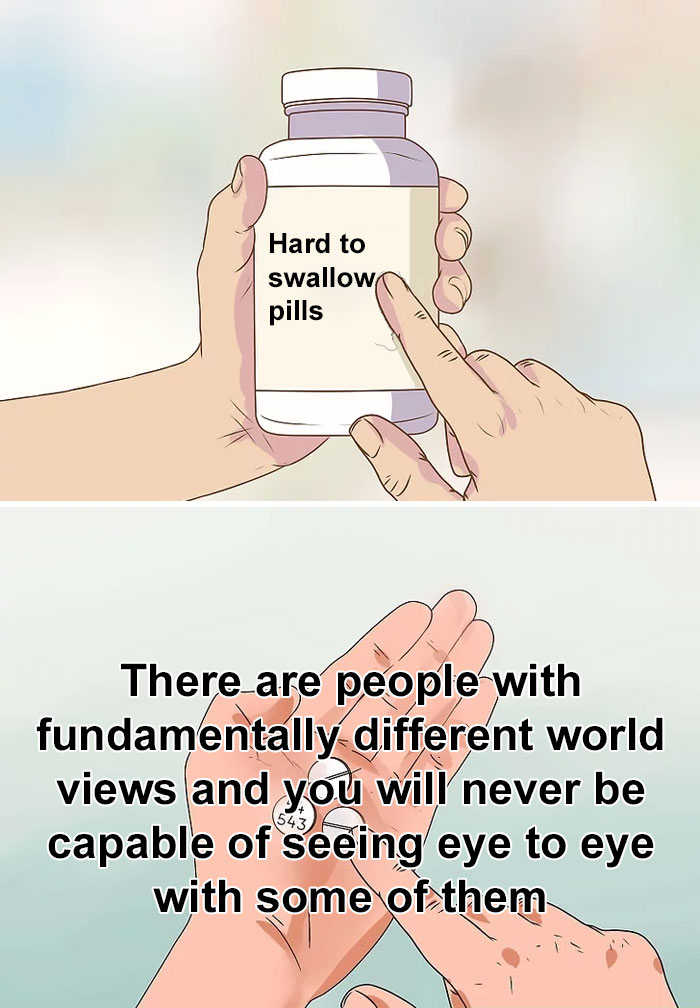 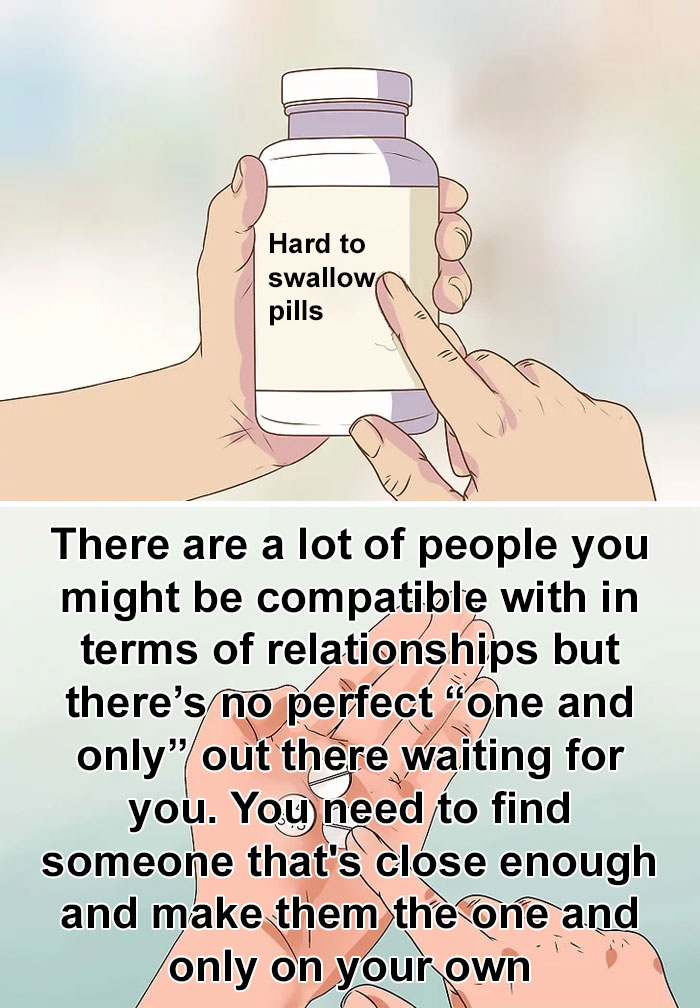 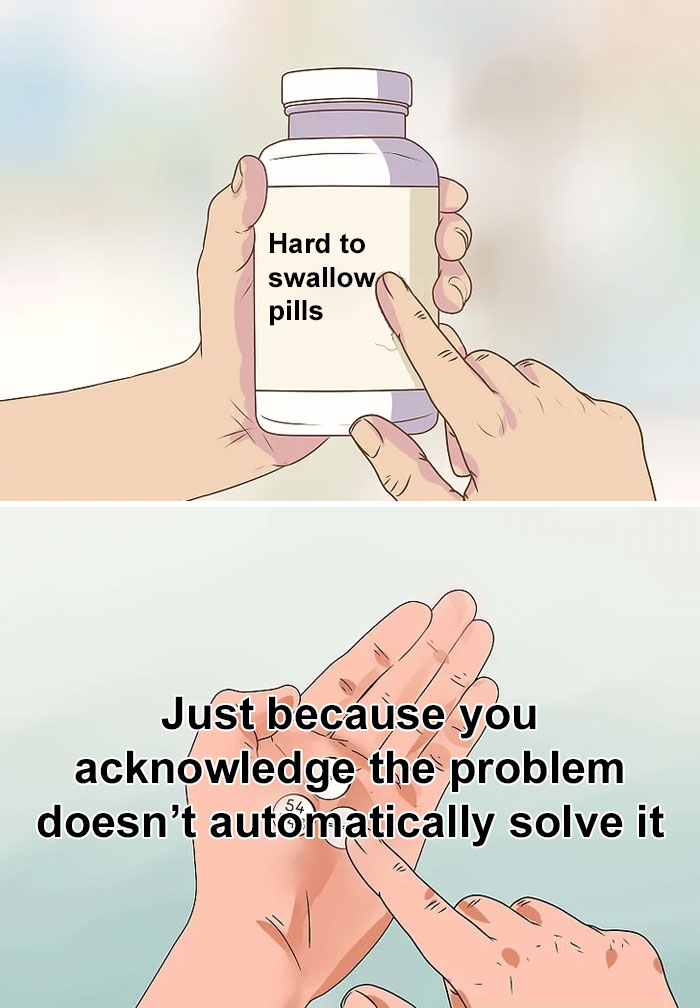 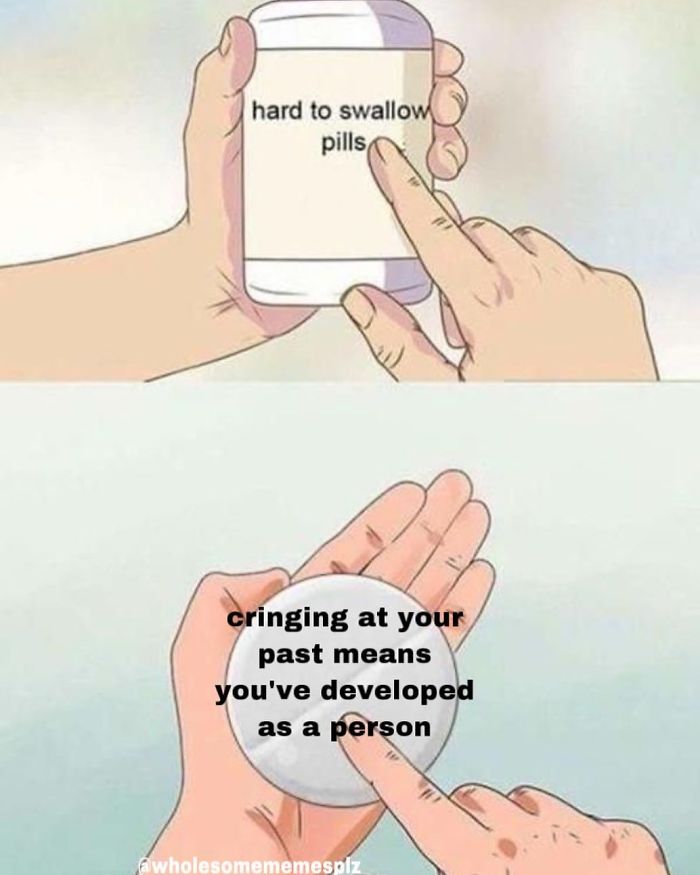 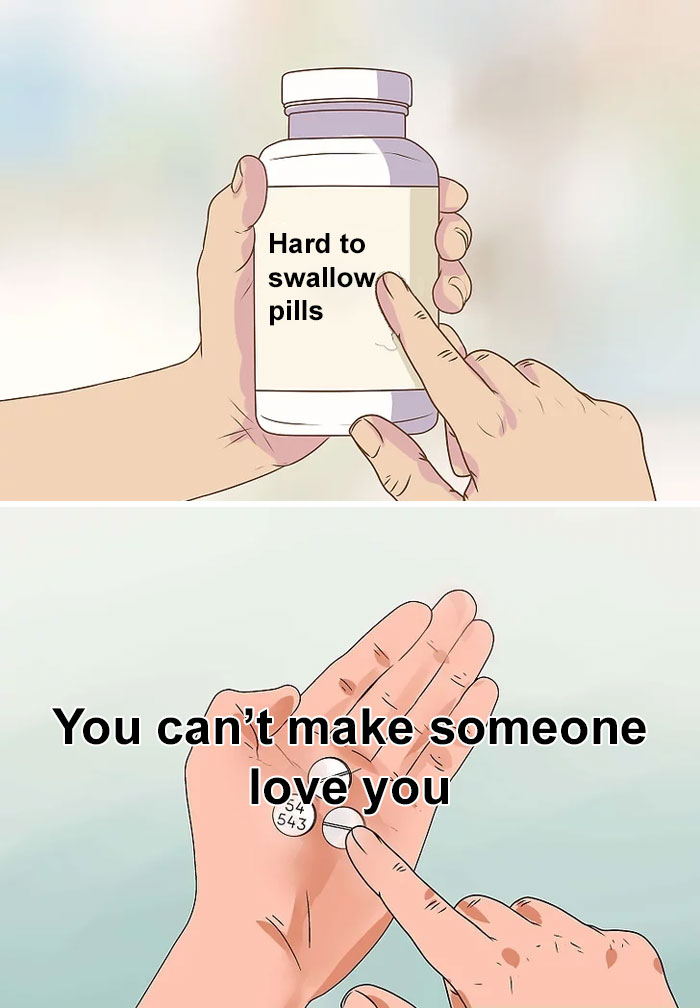 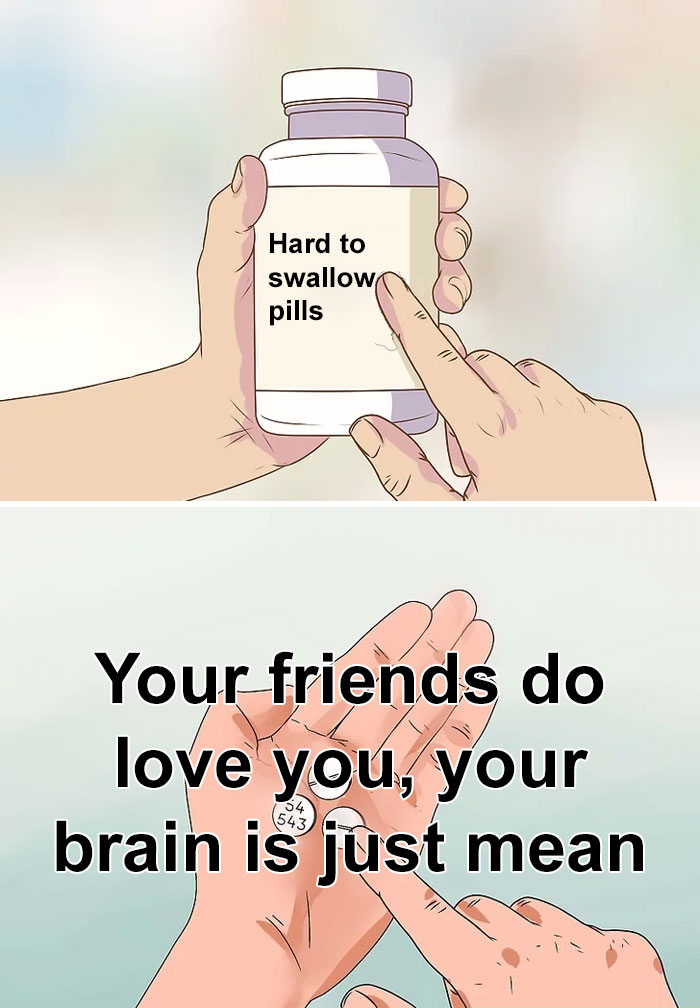 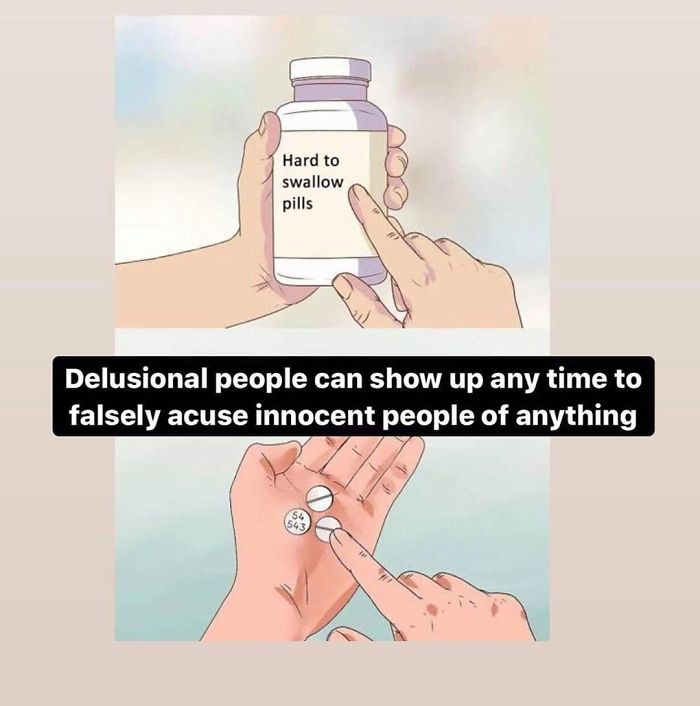 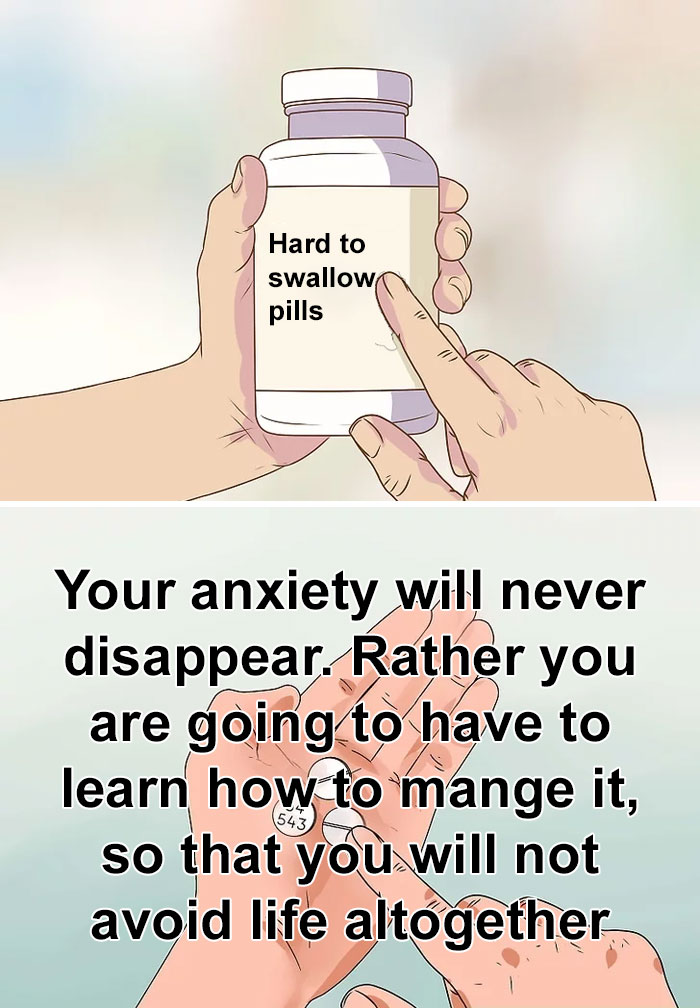 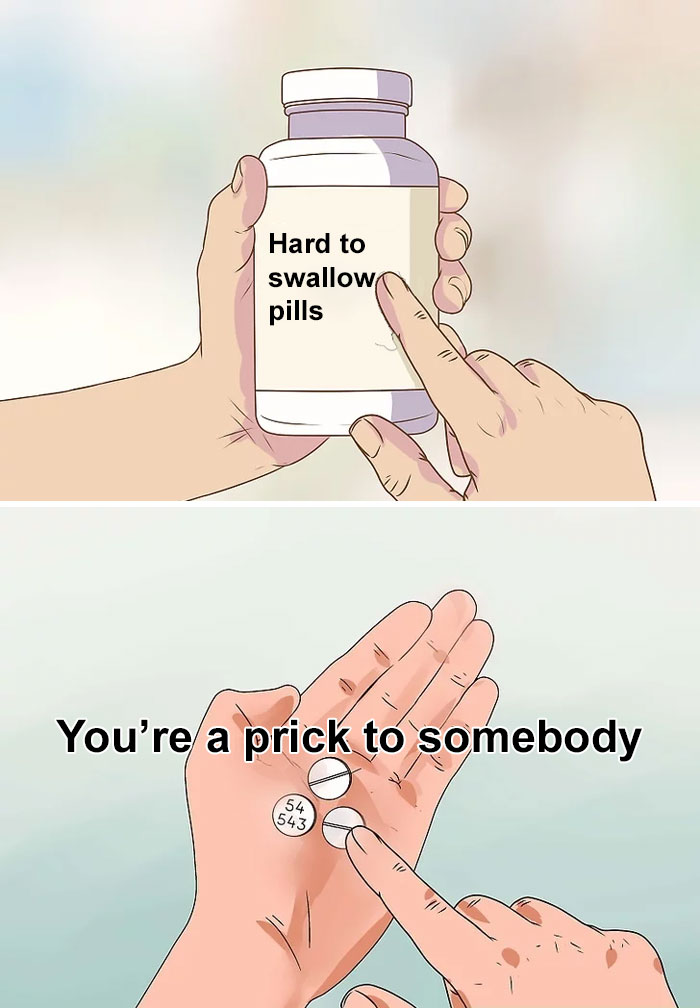 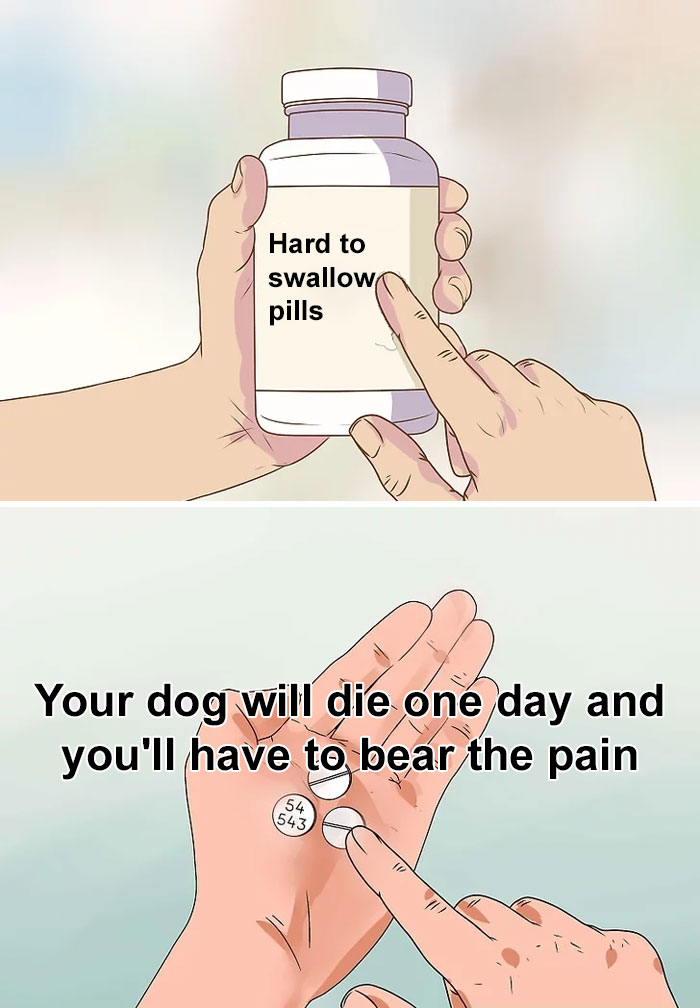 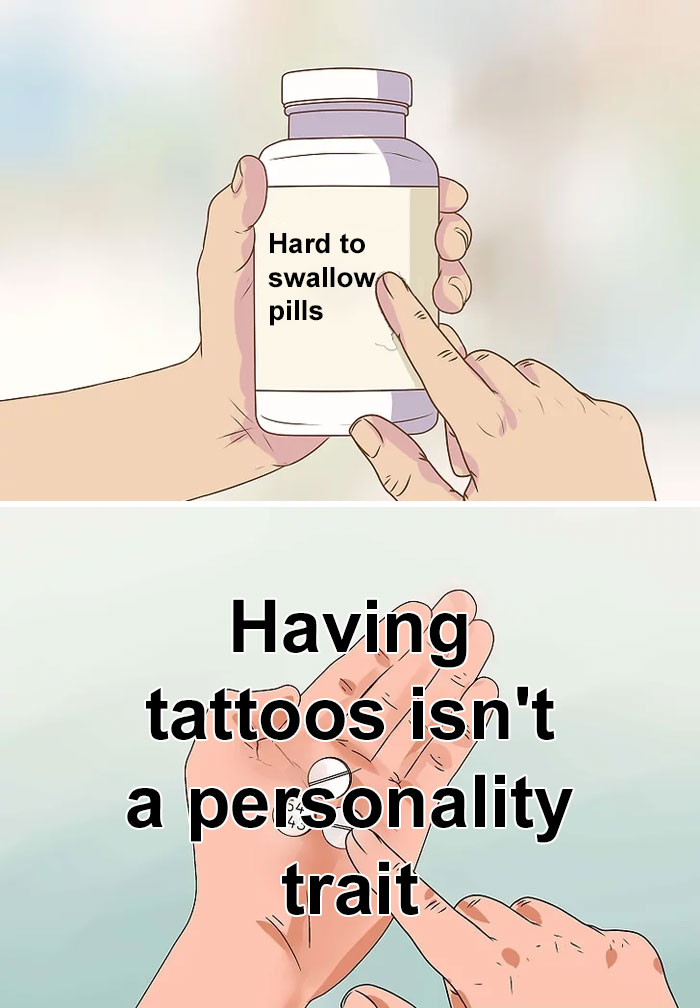