It is common to feel distrustful and frightened sometimes. Even for a dog! But pups never fake their love. They have the instinct to trust people with love. When a pup loves you it is not from the surface, it is deeper than you know!

Recently, animal rescuer Georgiana Neagu shared a heartwarming experienced she had while driving to Romania. The frightened dog is seen running towards her after she stopped her car just to cower and cry when Neagu reached out to her. The trauma the dog had endured as it seems, made her doubtful that someone actually treated her with kindness! But when she realized it was brought to safety the little dog soon blossomed. The dog started to lick her just like to say thank you for making her feel safe enough to become her sweet self again. She was loudly sounded and it was a happy dog smiling!

“When I saw her I knew I had to take her home with me,” Neagu said. She knew that the dog felt safe in her hands. Her licks proved that too!

No one knows how the dog ended up in that perilous spot for certain. But it is clear that her future will be brighter than ever.

The dog was named Paula. She is playing a lot and is a lovely dog. Paula is glued to Neagu so much! “She will be with me until she finds a forever home,” she said. She is around 11 months by now and she is a bundle of love. 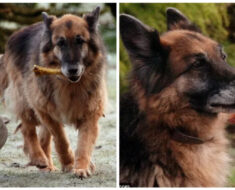 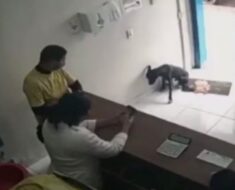 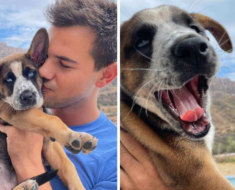 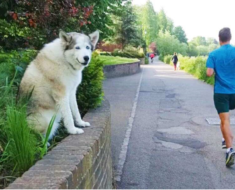 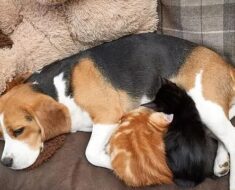 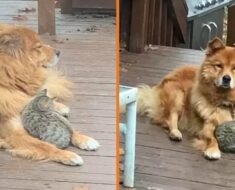