Home
Social
Have you ever witnessed a Goldendoodle save a fawn from a lake?

There’s nothing unusual about animals helping each other as they also feel helplessness, kindness and sympathy. But we hardly witness such scenarios.

Ralph and Pat Dorn were lucky to see their 6 years old goldendoodle save a drowning fawn from a lake near their home in Virginia.

Being military veterans, the couple suddenly realised that a fawn was in trouble. And the next thing they saw was Harley, their goldendoodle jumping to the lake and swimming towards the fawn.

They were taking photos when the brave Harley dragged the fawn back to the shore.

Thanks to Harley, the baby deer was in no life threatening situation. After all the hullabaloo, it was clear that the both animals have created a strong bond as Harley refused to leave the fawn, licking and making sure it was not in danger.

Next morning, Harley was certain that he wanted to get out of the house. Once he was out, Ralph could hear that the same fawn was calling for Harley… 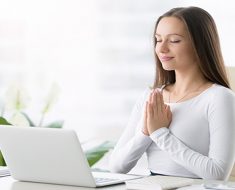