When this postal worker stumbled upon Priority, a stray pup, she was only 7-weeks-old. The postal worker found this heeler mix in the middle of a gravel road on a reservation in South Dakota, with no water, food or family in sight. It was amidst record-high temperatures, and the puppy did not have much time at all. The mail carrier identified that Priority was a pup only when she pulled up next to him, and upon seeing the pup, she immediately picked him up.

The postal worker place the pup in a priority box, which later on became the pup’s name, and put the box next to her in the mail truck. In an interview, director of Ruff Start Rescue, Azure Davis had this to say: “He showed his appreciation by helping her finish delivering the mail,” and after the mail route was completed, Priority was taken to the vet. Although Priority was given a thorough once over, the vet team didn’t find any serious illness or injuries, except for the fact that she was severely dehydrated.

They say that due to the prevailing heat wave, the postal worker found Priority just in time. Davis had this to say: “He probably would not have made it if she had not stopped to pick him up.” After spending some time and gaining his strength back at the clinic, a local shelter had contacted Ruff Start Rescue regarding taking Priority in. The rescue happily agreed, and in early August, they welcomed Priority with open arms, and less than 3 days later, the first adoption application came in for Priority. An unsurprised Davis had this to say: “I mean, look how cute he is.”

Priority has a unique backstory, and on top of that, he also has an adorably unique feature, his pointy, oversized ears, and Davis adds: “His ears are undecided. They can’t decide if they’re going to stay up or down.” Priority’s personality is even bigger than his ears, and in an interview, his current foster mom had this to say: “He’s a much bigger dog in a small body.” According to her, who will be taking care of him till he finds his forever home, Priority has blossomed leaps and bounds in just a few weeks, and his foster mom finally adds: “He’s a very friendly and confident pup. And so grateful to the mail carrier who [rescued] him.” 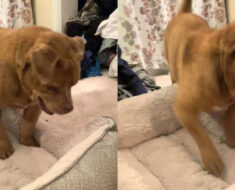 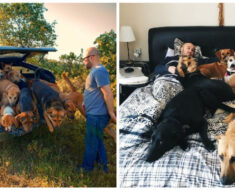 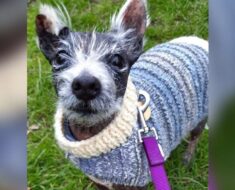 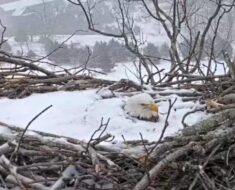 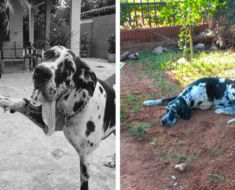 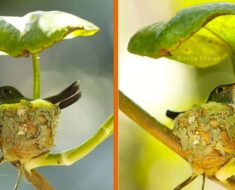