There are numerous instances where wild animals are put in the most dangerous situations, which is all because of the careless actions of us humans. Although most animals that are in these situations lose their lives, there are some who make miraculous survival due to the humanity of some humans. Here’s the story of a rescue worker who went out of his way to save the life of a baby elephant who was hit by a motorcycle.

This rescue worker by the name of Mana Srivate, is a veteran, and has 26 years of experience in emergency response for rescues. After tirelessly working and saving the life of this baby elephant, Mana can now add a unique skill of Dumbo Resuscitation to his repotoire. This horrendous accident happened when the elephant family were crossing the road, in the eastern province of Chanthaburi, Thailand. Srivate was off duty when he was notified of the injured animal. When he arrived at the scene, Mana quickly began the treatments, and his valiant efforts which were caught on camera is now viral.

When asked about the incident, “It’s my instinct to save lives”. He also revealed that he was extremely worried while treating the baby elephant. The reason for this was that he could hear ‘the mother and other elephants calling for the baby,” Mana stated.

After assuming the location of the heard based on human theory and a video he had watched online, he conducted CPR on the little tusker with no specialized training, while the motorcyclist was taken care by his colleagues. Anan Cherdsoongnern, the 53-year-old cyclist had sustained only minor injuries.

After 10 gruelling minutes of hard work, Srivate stated that: “When the baby elephant was starting to move, I almost cried”. Once the baby elephant was resuscitated and could stand up, it was taken to another location for further observation and treatment. After thoroughly checking the gentle giant, he was reunited with the family. Being a highly experienced emergency service responder, Srivate revealed with a laugh that this was the only animal that he has revived using CPR. 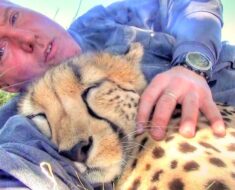 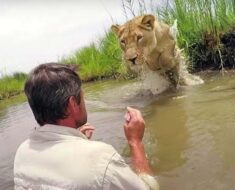 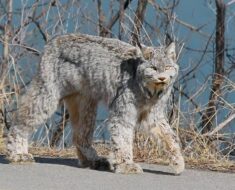